Bass: Bass fishing on Lanier is good to very good. It starts and it stops. The topwater activity on Lanier was just starting to kick in good and then the cold weather over a recent weekend had to come in and mess it all up. The good news is the water temps are starting to rise again and getting into the true April/early May range. As they do the topwater bite is picking back up especially for the first couple of hours in the morning.

There was a little herring spawn on this past full moon which had the spotted bass active in the bedding areas. Look for a major spawn by both the spots and the herring on the next full moon.

For now, wake baits, spooks, Sebile and flukes have been producing well in traditional bedding areas and in the pockets. Long points have also been holding fish out on the end of them.

Recent strong winds have made finding an area that this baits could still work has been a challenge. Worms have been a steady producer around the shallower docks and rocky secondary points. Be sure to work the complete dock from the back walkway to the front and all under it. A wacky rigged Senkos in these same area is also working well. The blow downs have also been holding fish. As the water warms look for the spots to continue to move into shallower water and into the bedding areas creating a strong topwater bite. A quarter ounce Spotsticker with a three eighth Keitech is still a producer off long points and humps so keep it handy if the bite is tough. It seems there are a lot of small spots pulled up that you have to weed through to get a big one but the larger fish are pulling in now.

Stripers: Stripers think they are spawning up the rivers. Took a trip up the Chattahoochee River recently and found a hungry striper. We were trolling downstream from around two miles above Belton Bridge.

Use Flat lines with planer boards and a variety of bait. We are using herring, gizzard shad and large blue backs from Oakwood Bait and Tackle. If you never been up the river it’s very peaceful and a new adventure. You might catch that fish of a lifetime. We put in at Clark’s Bridge but you can put in with a smaller boat at Lula and Belton Bridge has a ramp. Using your electronics to monitor your depths and stay in the middle of the river for safety.

Remember to wear your life jacket.

Crappie: Crappie fishing is good. We are finding crappie on the docks suspended 10 to 15 feet deep over a 20- to 45-foot bottom. Also finding crappie in shallow brush. If you pull up to your normal honey hole and the fish are not present look around in the same area toward the back of the cove or toward the bank. If you are using jigs I would recommend starting with a solid chartreuse small body or a hair jig with a dark body and a bright color tail. Fifty percent  of a recent week’s catch came on minnows. I am setting minnows at 8 to 10 feet deep over schooling crappie. Most of the crappie we found on docks this week were suspended at 10 to 15 feet deep. Crappie love the shade so cast into the shadows. When dock shooting the biggest fish are usually the first to bite. 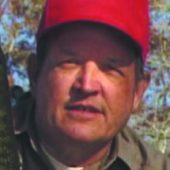