Nearby college offers a glimpse into far away places 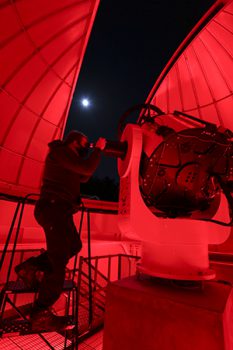 On a dark hill in the woods west of Dahlonega, seekers arrive on a clear night to ponder otherworldly phenomena. Eerie red lights lead to a small angular building with two domes jutting from a flat roof. It’s quiet and dark outside beneath a bejeweled sky. Inside shutters to the heavens open and the curious unabashedly ask questions about the universe while peering at distant spheres. Welcome to the University of North Georgia Astronomical Observatory.

Completed in September 2020, the observatory opened to the public in March 2021. In the year since, hundreds of sky gazers have looked through its telescopes in public programs and researchers have recorded data that expands scientific interpretation of celestial spectacles.

Aspiring astrophysicists, hobbyists and visitors who drop in for their first look through a telescope have expressed “overwhelmingly positive” reviews, said Dr. Gregory Feiden, observatory director and assistant professor of physics and astronomy. “People are very excited to be in a new facility. It feels very modern. Everyone is surprised by how nice it is,” he said. He described the former observatory as a “shack in the woods” compared with the current incarnation on the same site. The relic was demolished to make room for the new building. Construction took about a year.

The $1.4 million building, paid for by the university system, features 24- and 28-inch reflecting telescopes, control room, office space, and restrooms. On the entry floor, UNG students aim the telescopes by computer in a comfy control room. Upstairs to the right, the 24-inch telescope points skyward in a dark circular room. The $150,000 smaller unit enables researchers to photograph stars, planets, nebulae, and other space objects. The larger $250,000 multitasking model up the steps to the left is used during public viewing sessions on clear Friday and Saturday nights.

Feiden explained that the combination allows researchers to measure masses of stars, examine gases surrounding dead stars, observe possible planets around stars, and perform observations to collaborate findings from international observatories. The new telescopes give students hands-on opportunities to pursue answers to questions that puzzle them and to contribute to the body of knowledge in astronomy.

Feiden estimated that 10 of the current 80 UNG physics majors are pursuing degrees in astrophysics; however many more are curious about astronomy. University officials report that astronomy is one of the most popular elective classes. The professor, who earned his doctorate from Dartmouth College, does not fit the classic mold of “wanting to be an astronomer since age five.” When he was a physics major dabbling in astronomy in upstate New York, a mentor helped Feiden realize that he could actually get paid for thinking about things in space that perplex him. “I was sold,” he admitted.

Feiden aims to help students and observatory visitors who might not otherwise have an opportunity to see outside their world. He relishes bringing observers to that “Oh Wow!” moment when they first see Jupiter’s great red spot, craters and mountains on Earth’s moon, or dark gray rocks on the red planet, Mars.

The invitation to mull the universe extends to the academic and non-student population that typically gathers for the free observatory viewings. Shortly after 8 p.m. on a frigid Saturday last month, about 15 warmly dressed visitors climbed the stairs to gather around the base of the 28-inch telescope. Bathed in red light to lessen interference with night vision, the monstrosity pointed skyward. Students, tourists, and local residents watched as their guide Vicente Narvaez dimmed the lights and radioed Destin Encartes in the control room to point the contraption toward six different space objects. The cold night air sunk in through the open shutter, but discovery warmed the spirits. Narvaez, an accounting major with a serious interest in the stars, first pointed out the bodies with a laser. To the naked eye, some appeared as bright specks, others as faint dots.

Attendees took turns looking through the eyepiece, awkwardly positioned about 2½ feet from the metal grated floor. Observers should be prepared to kneel in order to look through the telescope or request to sit in a chair kept nearby. Feiden said the university hopes to get an adapter to adjust the periscope for different heights. Currently, it’s a bit uncomfortable for adults to look through, but just right for kids. It’s worth the effort to see the cloudy nebulae in the constellation Orion, the diamond-sparkle of “Dog Star” Sirius, and the vague blue-green planet Uranus, more than 1.5 billion miles away. The near two-hour session also focused on Betelgeuse, one of the largest stars visible from Earth, Polaris, the North Star, and the bright side of Earth’s Waxing Crescent Moon, pocked with craters. As attendees at the early show filtered out, more star gazers waited for their turn at 10 p.m.

The show changes as does the sky with Earth’s rotation. The Fall season is prime for dramatic views of the swirling storm on Jupiter and the rings of Saturn.

The atmosphere inside the observatory seems as intriguing as that above it. Curiosity is welcome. Visitors questioned without fear, “Did ancient Egyptians construct pyramids to align with the North Star? Can you see the American flag on the moon? Are we looking light years into the past when we view the stars?” Mike Mount, a self-described “science geek” who lives three miles from the observatory enjoyed his first visit asking technical questions about the telescope and querying others about their astronomical sightings in the Georgia mountains.

Freshman Brian Simmons, who assisted Narvaez in the viewing session, shared his enthusiasm for astronomy, his ultimate chosen profession. K.G. Grimes, a physics major interested in energy engineering, spoke excitedly about gathering data from every planet. Encartes expounded on his fixation on high mass stars nearing their end of life. The perplexities that swirl in and above the observatory create an experience that’s definitely off the planet. 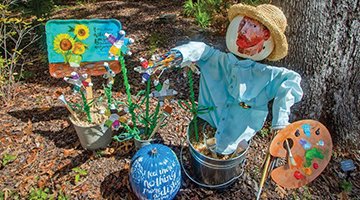 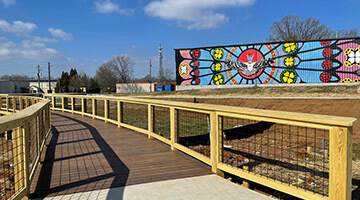 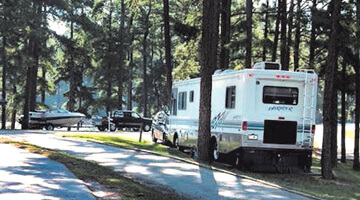 Discover all Lanier has to offer at Lake Life Festival