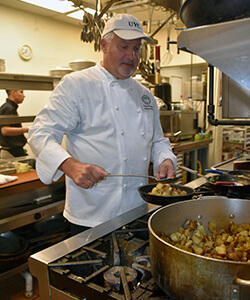 Chef Rudy prepares a meal in the UYC kitchen

As a youngster growing up in Pittsburgh, Rudy Kremer enjoyed the time he spent in the family’s kitchen with his mother and grandmother in the home they shared until he was 5 years old. When his parents moved to their own home nearby, he continued to help his mom cook, but on holidays his grandmother cooked traditional Dutch foods.

“One of my favorites was olie bollens, deep-fried apple and raisin donuts,” he said with a smile. “They were the most amazing, like big dough balls.”

Today, Chef Rudy prepares more traditional fare as chef at University Yacht Club, one of two membership clubs at Lake Lanier with a full-service dining room. The other is Chattahoochee Country Club.

Dinner staples include large Gulf shrimp grilled or deep fried, at least one beef entrée and one or two featuring fresh fish. A Friday night standard, prime rib is popular with members. The “Ted” burger, named for the club’s former manager Ted Koerner, and the “Howard” named for Howard Giddens, 35-year club manager, are always on the menu for lunch and dinner. Other offerings of grilled salmon and Italian-themed main courses make frequent appearances.

Boom-boom shrimp is a regular appetizer, but by far the most popular starter is the famous UYC vegetable soup.

“It’s been here much longer than I have,” said Chef Rudy, who came to the club in March 2017. “After I’d been here a few months, I tried adding new items to the menu and took off the vegetable soup one week. Boy, did I hear about it from just about everyone. So, the hearty vegetable soup is a year-round standard.”

Everything is prepared fresh from scratch. “Seasonality guides our choices and often I won’t finalize the week’s menu until I’ve shopped to see what’s available and extremely fresh.”

Although Chef Rudy is off from work early in the week, he spends some of his time researching recipes from trade magazines, cookbooks and online. “My goal is to keep our meals on trend without going overboard and introducing new tastes to our members.”

The stars of the club’s cuisine are the hand-crafted ice creams and other house made desserts. Members often anticipate the week’s special flavors, which have included summer berry, red velvet, expresso brownie and blackberry cheesecake ice cream.

“I like to experiment with flavors almost every week, and most of the time people tell me they enjoy the investigative ice creams,” he said. “However, I did recently make a bacon ice cream, and not many people ordered it. I guess the perception of bacon in ice cream wasn’t so popular.”

During the pandemic Chef Rudy and club manager Chris Ferris found ways to keep the kitchen open and provide work for the staff by being innovative.

“With the consent of the UYC Board of Directors, we began offering take-out meals and club members were extremely supportive. We offered the same dining hours and published menus each week,” he said. “Members ordered and came by to pick up their meals, staged outside of the dining room. Some members still request take-out, picking up their food and taking it to their boats or back to their homes if they live nearby to enjoy them.”

The club also opened “Chef Rudy’s Butcher Shop” to sell of steaks, fish and poultry. “Our purchasing power gave us the ability to offer our members meats that they could purchase and prepare at home. We got a great response.”

UYC’s active member calendar includes frequent special events, from an annual Oyster roast and the Labor Day weekend Lobstah Fest to the formal Commodore’s Ball each spring and a traditional Fourth of July Barbecue and a seafood extravaganza dinner.

“The club hosts probably 38-40 special events annually and our staff are a big part of that,” he said. “It’s just as much fun for our staff as it is for members to honor these traditions, many of which have now been experienced by three generations of members.”

Chef Rudy lives in Lilburn and on his days off he enjoys gardening. “I have several gardens, including one just for herbs and another to grow vegetables,” he said. He also has two yellow labs, Mimi and Rigby.

He purchased a Pearson 26 sailboat about 18 months ago and he takes her out on Lake Lanier during the week. “Sailing is a great way to connect with the lake and just enjoy some relaxing time,” he said. “I plan to learn even more about sailing, rekindling time from my younger days when I used to sail on Lake Erie with a friend of my father’s.”

The boat’s name is Gezellig, which loosely translated means “good times.” Wikipedia makes an attempt at the meaning. “A perfect example of untranslatability is seen in the Dutch language through the word gezellig, which does not have an English equivalent. Literally, it means cozy, quaint, or nice, but can also connote time spent with loved ones, seeing a friend after a long absence, or general togetherness.”

The name of his boat captures Chef Rudy’s outlook to a T.

University Yacht Club, chartered in 1951, is a private club located on the south end of Lanier in Flowery Branch. Amenities include a private marina, on-site clubhouse dining, a year-round junior sailing program, a full calendar of both on-the-water and land-based activities. For more information, visit universityyachtclub.org. 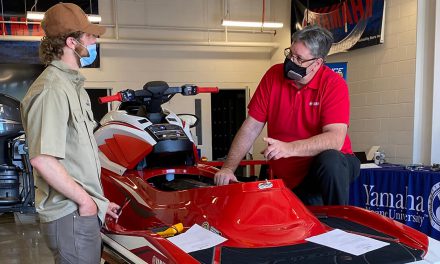 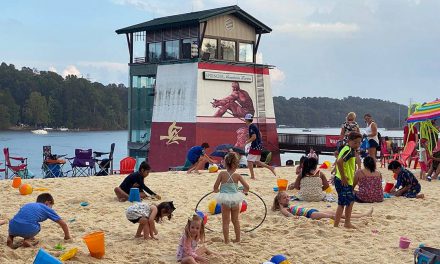 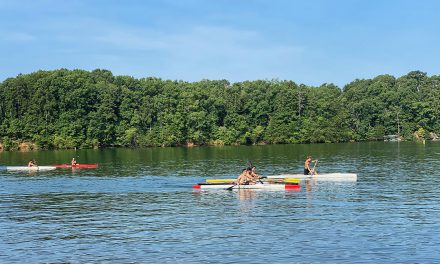 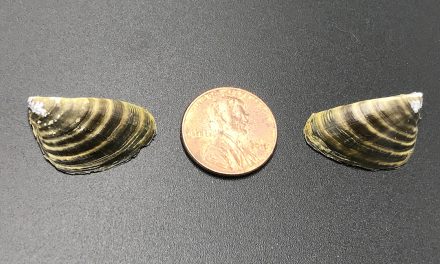