State of LLOP on solid ground even in pandemic

But, the unique park survived a challenging time. By reinventing some activities and capitalizing on health experts’ advice to seek outdoor spaces for fun with family and friends, LLOP drew new visitors and grew some programs.

As summer faded into fall, the 1996 Olympic legacy site crossed the finish line in sound condition, making ends meet while other gathering places struggled. The recent announcement that the 2026 NCAA women’s rowing championships are coming to LLOP foretells brighter days ahead.

Prior to the pandemic “we had a record season scheduled with the number of events planned, adding about five new events in addition to the events that are held annually,” said Robyn Lynch, LLOP Executive Director. Three regattas, the Lake Lanier Dragon Boat Festival, Spring Chicken Festival, The Lake Show, and approximately 10 additional events dropped out due to coronavirus concerns.

Lynch and venue manager James Watson responded by email to questions posed last month by Lakeside News about the state of the venue since the shutdown started. Officials from the Lanier Canoe & Kayak Club and Lake Lanier Rowing Club, both headquartered at LLOP, also answered inquiries about how their clubs navigated troubled waters.

A steady stream of park visitors and good turnouts for a few redesigned special events helped sustain the park that traditionally attracts thousands for annual regattas and celebrations, such as the John Hunter Rowing Regatta in March and September’s Dragon Boat Festival. The community welcomed back Food Truck Fridays over the summer in a new form. Parents enrolled kids in Kayak Day Camps. Families got out of metro-cities to explore the lake in kayaks, stand-up paddleboards and canoes. Rowing newbies took up oars.

“The few events that were held were very well attended. What we did see was increased use of the recreational facilities. The number of cars that have entered the park in 2020 is just short of the visitors from past year and that is with almost no events,” Lynch said.

“The community has taken advantage of the boat ramp, beach and picnic areas. We have also seen a significant increase in rentals of canoe/kayaks and stand up paddleboards. Lake Lanier Rowing Club and Lanier Canoe Kayak Club also had increased participation in its “Learn to” programs over the summer. Families are coming out and enjoying the park on a daily basis.”

The popular Food Truck Fridays, which attracted about 1,000 work-weary celebrants for monthly outings March-September the previous two years, resurfaced in July. The event “was reimagined to include room for social distancing and additional sanitation requirements from the state of Georgia,” Lynch said. “The community responded well to the new restrictions and the feedback that we received was very positive as people were looking for ways to get outside and enjoy beautiful Lake Lanier.” She estimated 700-900 attendees came to Food Truck Fridays July-September. A bonus event, Food Truck Saturday Social, replacing the former Laketoberfest, was set for Oct. 17.

Events that debuted or expanded last fall, such as Laketoberfest, helped the park meet its financial obligations this year. “We were able to meet our FY 2020 budget even with the cancellation of all spring events,” Lynch reported.
“We had to do things a little differently” to keep the paddles rotating, said Jim O’Dell, LCKC Program Director. The club took a financial hit without the fees generated by competitions, such as the Canadian Team Olympic Trials.

“That really put a ding in our budget,” O’Dell said. He added the club was able to make payroll but will put off replacing old boats.

With national competitions for teams and elite athletes scrubbed for the year, amateurs took to the water for recreation. O’Dell and club staff put hundreds of visitors on SUP boards and in kayaks, even taking weekday reservations from folks venturing out during workplace shutdowns.

“It was our best rental season ever, all summer long,” O’Dell said. “It was heartwarming to be able to offer this service” to folks fleeing the confines of their homes, he said. “Roughly 60 percent were from outside our area … for some, it was their first time out of the house since the lockdown.”

“We always strive to keep a clean house,” he said, referring to the club’s boathouse quarters. Disinfecting everything – boats, paddles, personal flotation devices – became an obsession this year.

The club’s high performance, junior athletes and US National Team athletes continued training. Its developmental group grew as children discovered the sport in new Kayak Day Camps and wanted to continue paddling. In April,
as parents sought activities for children home from school, LCKC officials pondered how to safely host kids’ activities during a pandemic. O’Dell said they devised 3 hour-a-day, week-long “true paddle camp” that dismissed other activities traditionally held in LCKC Day Camp and focused totally on the sport.

“They learned how to paddle. It was a tremendous success. It swelled our developmental group” as youngsters joined up, O’Dell said. It also increased club membership.

LLRC also carried on during an unusually quiet season for competitive rowing. Absent were thousands of junior and collegiate rowers and spectators who fill the Olympic channel and grandstands for the John Hunter and American Collegiate Rowing Association national championship.

The cancellations stunted income the club normally collects when visiting teams rent equipment, said Cliff Ward, LLRC president. “Cancellation of events due to COVID-19 does have a negative impact on annual income for the club. Fortunately, and thanks to good financial management over many years, reserve funds have helped Lake Lanier Rowing Club weather the current situation.”

He added that as of mid-October, all major events were on in 2021. However, some uncertainty exists over whether collegiate crews will show up as usual for winter and spring break training. Each year thousands of rowers from crews up north flock to LLOP for pre-season practice. “Spring Break training for the year 2021 will be a challenge and attendance, as expected, will likely be below previous years,” Ward said “These are collegiate programs, which come from across the country, each following safety and procedural guidance from their respective schools.”

The Olympic course, bereft of regattas and college crews this year, became training waters for dozens of folks seeking new outdoor activities. LLRC filled its Learn-to-Row sessions and expanded a new program to take LTR graduates to the next level. Ward noted the club hired a new coach and turnout at practice is very high. “This is possible through the use of safety protocols and club membership cooperation. We have been very fortunate to continue rowing given the pandemic.”

Club officials and Lynch indicated that optimism reigns at LLOP. “Like all other aspects of our lives, enthusiasm for the things we love remains strong despite the current situation, which is not in our control,” Ward said.

Lynch said, “The majority of our events occur annually and most have rescheduled for the 2021 season. We have high hopes that we will have a robust spring and summer for regattas, concerts and recreational activities.”

O’Dell said he felt emotionally stirred by some of LLOP happenings he saw over the strange season. He saw families come out of their homes for fun on the water. He witnessed a young couple’s smiles after a wedding proposal on the lake. Plus, he watched U.S. Olympic athlete and world champion sprint canoeist Nevin Harrison train for her Olympic debut in Tokyo. He expressed a renewed awe for the venue that “we kind of take for granted.” 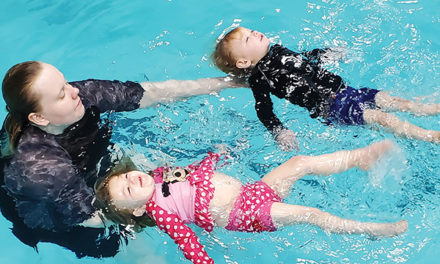 Teaching infants and toddlers to be safe around the water