Fox Entertainment buys Robson Farm as base for TV series

Georgia’s most expensive single-family residence – located near Lake Lanier ­­– is now the home base for a new Fox Entertainment television series. Purchased this summer, the Milton Robson Farm and its nearly 450 acres at 3509 Tanner Mill Circle off Georgia 211 in Chestnut Mountain is the featured setting for a family drama about the country music industry.

“It’s my understanding that the property was purchased this summer and that shooting began in October,” said Stacey Dickson, president of the Lake Lanier Convention and Visitors Bureau. “Fox Entertainment is shooting a television series that will begin airing in January that’s sort of like ‘Dallas’ meets ‘Nashville.’ ”

Entitled “Monarch,” the production will be shooting from October through next March. Officials are looking for walk-ons, extras and background actors.

The show will kick off with a two-night event beginning Sunday, January 30 following the NFC Championship.

Hall County is part of the Georgia Department of Economic Development’s Camera-Ready program that helps communities learn to work with filmmakers and identify potential locations.

Dickson said that Fox Entertainment found the property on its own. Its proximity to Atlanta and the large amount of acreage contributed to the selection.

Georgia was recognized as the top location in the world for filmmaking in 2017, according to FilmLA with $9.5 billion in economic impact. That year, more than 320 films and TV shows were shot in Georgia, resulting in $2.7 billion in direct spending.

The property, developed by businessman Milton Robson, features a 10,000-square-foot custom home, plus a climate-controlled 40,000-square-foot steel building barn that housed his muscle-car collection. According to a 2018 report in the Atlanta Business Chronicle, the home was listed at $16.5 million in 2018, making it the most expensive home in Georgia. When the article was published, the next two most expensive residences in Georgia were a home in Sea Island for $14.95 million and another in Atlanta for $14.7 million.

The Robson farm sold for $15.5 million in mid-August.

“An investment of this magnitude is great anywhere in the state, and we are so happy that Fox Entertainment has chosen Hall County for this new production,” Dickson said. “We hope that it will be here for a long time.” 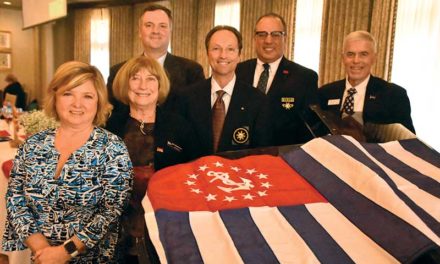