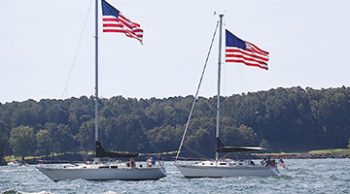 People who viewed Lake Lanier’s Great American Boat Parade on the Sunday of Labor Day weekend said they were amazed to see boats stretching from Buford Dam all the way up the lake past Big Creek. All totaled, the parade drew an estimated 3,500 boats, many decorated with patriotic emblems, American flags and political messages.

Organizers projected that they raised between $12,000 and $15,000, but donations are still coming in and officials haven’t completely netted out costs and expenses. The final amount will be donated to its named charity, Tunnel 2 Towers Foundation, which benefits families affected by 9-11 and veterans. 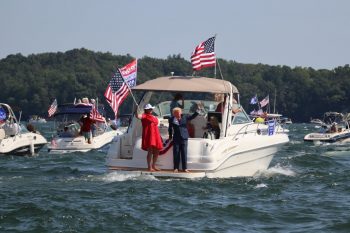 Flags of all types were prevalent during the parade.

“We were floored by the turn-out,” said John Gunter, organizer of the event. “The day before the event, we had about 1,100 registered and paid, but by the time we started marshaling boats at the dam, we more than doubled that number.”

Gunter said that veterans and first responders paraded at no charge, and some people just heard about the parade and showed up at the dam. “Our plan was to go up the east side of the lake then cross south of Port Royale and back down the west side. But once we realized how many boats there were, we knew we couldn’t do a circle.”

Most of the boats were cruisers, wake boats and pontoons. He said that several off-shore powerboats showed up, but that because the parade proceeded at no more than 4 miles per hour, those boats dropped out early on. 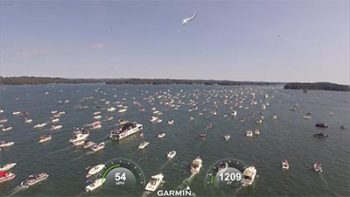 “It’s really hard to run a high-speed boat that slow, and not that many off-shore powerboats showed up,” he said. Gunter’s houseboat was the lead vessel, setting the pace for the event.

The event may serve as the catalyst for future fund-raising boat parades, he said. “We’ve been in discussions with the people at Margaritaville and Lanier Islands about a big charity event for next year,” Gunter said. “It might include an in-the-water-boat show and some kind of activity to raise money, and other components. 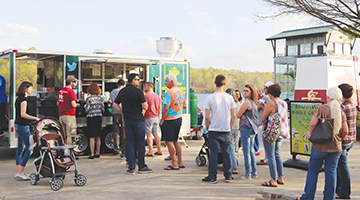 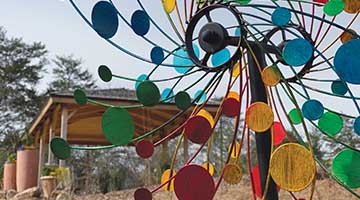 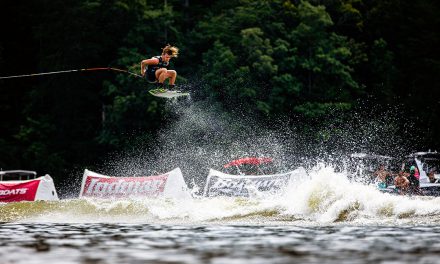 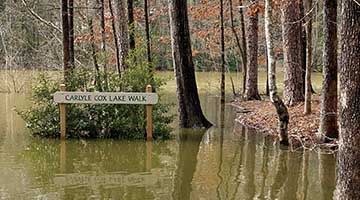