Lanier Running Club at the starting line to meet 2023 goals 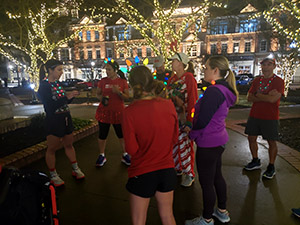 Need a supportive group to tackle your 2023 resolution to lose weight and get fit? Looking for a hobby to get you outside and active? What about that goal to make new friends and social connections? One local organization checks all the boxes: The Lanier Running Club.

The re-energized running group with roots in the 1990s (or before) made a comeback last year and is building a diverse membership. New runners, run/walkers, long-time competitors, dog walkers, stroller pushers and jog-along fun-seekers show up for two or three weekly jaunts in Gainesville with the club that promotes fitness and camaraderie. All ages, from late teens to post-retirement, mingle prior to taking off at whatever pace they choose. At the finish, everyone gets a congratulatory “well done!”

“It’s a great way to make friends and hold yourself accountable,” said club president April Hargis. A runner since 2008, Hargis moved into the Lake Lanier area during the pandemic shutdown and struggled to make friends. “I had a new baby and was feeling out of shape and I found the Lanier Running Club Facebook page,” she said. “But there was no real activity.”

After a series of posts and meeting with long-time club officers, she discovered that the organization’s marathoners were looking for fresh torchbearers. Hargis took the opportunity and ran with it.

Now between 10-20 participants lace up for group runs at local parks, greenways and Gainesville’s pedestrian-favorite street, Riverside Drive. Routes range from three miles on park and greenway trails during the week to about six miles on Riverside or the Midland Greenway/Gainesville parks trails on Saturday mornings. “But you can choose your distance,” Hargis said, adding no one feels pressured to do more than they set out to do.

On a regular Tuesday evening outing from Liquid Nation Brewing onto the Highlands to Islands greenway last month a dedicated group strode out for exercise in the fog. Before donning headlamps and taking off into the mist, runners talked about what brought them out on such a gloomy night.

“It’s the friendships. It’s something I look forward to every week,” said Matt Douglas. The 40-year-old long-time solo runner had never set foot in a running group. In the club, he found “others who understand this crazy thing I do. It was magical.”

His son, Mason Douglas, 19, joined to “follow my father’s footsteps.” The novice runner shows up with a broad grin and turns over some fast feet on the trail. He proudly announced he has worked his mileage up to more than six miles … and shed more than 30 pounds.

Johnny Garner, 59, a competitive runner for more than 30 years, recalls the original Gainesville Road Runners of the early 1990s. Formed decades before social media, the club met monthly at local restaurants, mailed out a print newsletter, organized races, competed regularly, community-coached at local schools, ran speedwork sessions and group runs. The club pivoted directions more than a decade ago to focus on youth runners in the U.S. Junior Olympics. Many of the early members still run. Some have coached champion high school runners. Others have crossed the finish line.

Garner likes the club’s new iteration, especially its accessibility on social media. “They post weekly runs, it’s easy to access and find out where” they are running, he said. The veteran runner inhales fresh motivation from new runners. “I feed off their excitement. I love seeing new runners.”

“I’ve always run. It’s part of what I am,” said Ginger Paul, 51, a runner for 30-plus years. But running alone had become monotonous. “I was getting bored, in a rut,” she said. After finding LRC on social media, she broke new ground. She gets a mental and physical boost just getting outside and running with other people.

David Reed, 49, had long wanted to combine running with something else he liked, beer. “I was trying to get a club started at the (Liquid Nation) brewery,” he said. But Hargis beat him to it. Regular fellowship with runners keeps him consistent. “It’s motivating just knowing others will be here” for the Tuesday night runs at the brewery, he said. “And I like beer.” Occasionally runners cool down with a round of local craft brews.

Carmen Reed joined the club’s “Jingle Jog” casual in-town holiday trek in early December. “I’m not really into running,” like her husband is, she admitted. Yoga fits her better. But, her run/walk in 5-minute intervals combines aerobic exercise and conversation with others more her pace, like Elena Barberis. “I’m in it for fun,” Barberis said on the Gainesville square in her red tutu and headband strewn with holiday lights.

More serious runners like Hargis, who followed up her Gainesville jingle jog with a sub-1-hour, 40-minute half marathon in Jacksonville, credits the running club for speeding up her pace. “I improve my times when I have someone to push me,” she said.

Goal setting is what got Hargis’s feet moving in the first place. “During college, I needed a healthy habit. I had stopped doing all things physical. I decided to jump back in and do a marathon.” She trained for and completed the Disney Marathon. The group of runners she now leads waits at the starting line to help others chase their goals this year.

Get Moving With Lanier Running Club 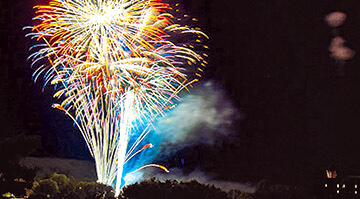 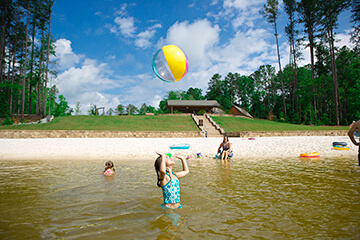 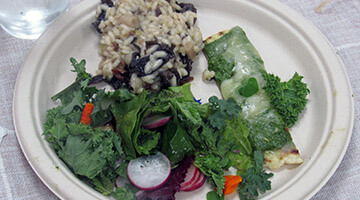 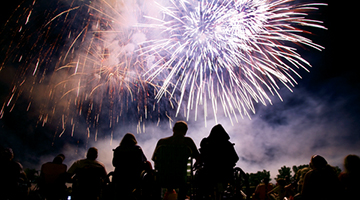