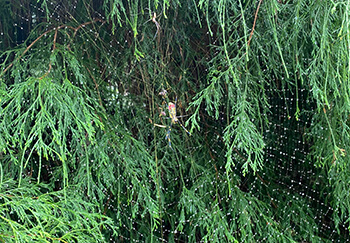 A Joro spider is shown in the middle of its rain-drenched web.

Rumors are rampant about the plethora of giant spider webs that have invaded Northeast Georgia. The Joro spider, an oversized arachnid, weaves enormous webs that can span roads and driveways, create barriers along powerlines, and traverse spaces between trees.

If you’re a member of an online “Next Door” community, everyone has an opinion – sometimes two or more. “Kill them with wasp spray.” “Squash them.” “They’re poisonous.” “They came to Northeast Georgia on a banana boat.” “They’re part of a conspiracy theory.” “They are killing other wildlife.”

So, what’s the truth? According to the Georgia Department of Natural Resources, the big East Asian spiders were first documented in the United States in North Georgia in 2014. Their scientific name is “Trichonephila clavata” and their natural range is East Asia.

An article by Beth Gavrilles with the University of Georgia in UGA Today, written in October 2020, places the first sightings in Hoschton in 2013. Another UGA article says the were first seen near Colbert. No matter when or where they officially arrived, probably on a shipping container, experts say they are here to stay.

The females can be as large as 3 to 4 inches across; the males are much smaller and tend to hang out at the sides of the web while the females dominate the center. They are carried by the wind as they weave their webs, which are really more of a bother than a true threat to people, unless you’re arachnophobic.

Georgia Gardener Walter Reeves said they have been found in 23 Georgia counties, and a few in South Carolina. So far, these are the only areas of the nation that have reported them. But, like the lumbering armadillo that is making its way north from Florida and Texas, it may only be a matter of time before the range of Joros expands.

According to Byron Freeman, director of the Georgia Museum of Natural History, Joros are not a threat to humans. “All spiders have venom that they use to subdue prey,” he said in the article by Gavrilles. “If you put your hand in front of one and try to make it bite you, it probably will. But they run if you disturb their web. They’re trying to get out of the way.”

He said the best defense is to use a broom to clear them out of the way, but that trying to eliminate them is like shoveling sand on a beach.

Females have deep blue and yellow bands on their legs; their abdomen is red, yellow and black.

The Joro have been especially active this fall, when their breeding season peaks. They also mature in the fall, reaching their largest size. As nocturnal creatures, they do their best work at night and as we move toward the end of the year, the nights are longer, giving them more time to weave.

Researchers have been trying to identify predators to Joros, and so far, mud daubers and some birds may target them. As far as a benefit of Joros, they capture and eat at least one harmful bug – adult brown marmorated stink bugs – that can harm crops.

The good news is that most of the Joros will die by the end of November, after the breeding season is over and the weather turns cold. But trying to eliminate them is useless.

Next spring they will be back, spinning their webs and hindering hikers, gardeners and people who spend time outdoors. In truth, they are really more of a nuisance than a serious threat. 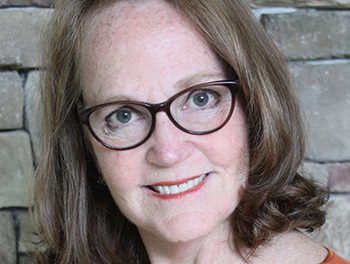 Bringing them home: The buzz about pollinators 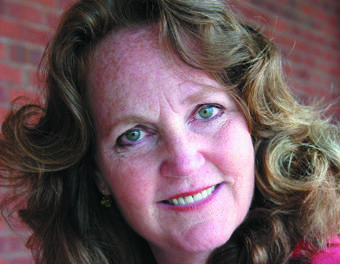 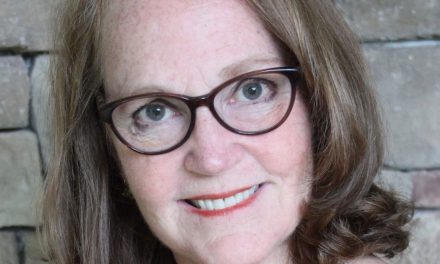 Last-minute winter-spring chores to get ready for spring

Have yourself a colorful spring and summer