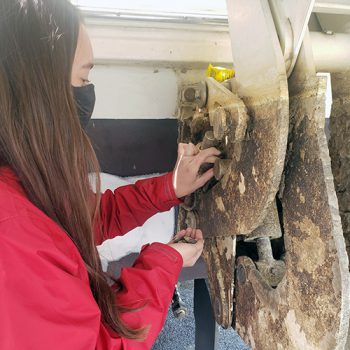 With zebra mussels found on a boat in the Lake Lanier area, the Georgia Department of Natural Resources is urging boat owners to clean, drain, and dry their boats, and be aware of the potential for transferring these invasive mussels from waters in other states.

Owners of a boat taken to Lanier after being used on the Tennessee River near Chattanooga, Tenn., recently spotted zebra mussels on the boat and called DNR.

Staff from the agency’s Wildlife Resources Division removed about one gallon of dead mussels from the boat and worked with the owners to ensure the vessel was drained, properly cleaned and thoroughly dried. DNR commended the owners for recognizing the issue and taking the necessary steps to report it.

Zebra mussels, a species native to eastern Europe that has spread to many U.S. waters, including the Tennessee River, pose a significant risk to Georgia. If established here they could spur major ecological and economic damage. Zebra mussels and other aquatic invasive species can cause millions of dollars in damage to boats and water intake pipes, while undermining native mussels and other aquatic species.

There is no known established population in Georgia. However, in March zebra mussels were found in Georgia pet stores attached to moss ball plants being sold for aquariums.

For more information on these aquatic invaders and how to report them, as well as how to properly clean, drain, and dry vessels, visit GeorgiaWildlife.com/ans.