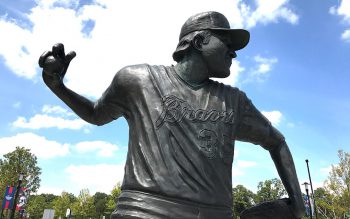 Although the world knew him as Knucksie, the baseball legend that spent 21 years as an MLB pitcher for the Milwaukee and Atlanta Braves, to people in Gainesville, Hall County and Lake Lanier he was Phil.

After he retired from the Braves with a franchise record of pitching in 740 games, he and his wife Nancy settled down on Lake Lanier, where they became part of the fabric of the community.

“If you didn’t recognize his face, you’d just think he was a regular guy who loved to fish, tell jokes and stories,” said Dillan Greeson, owner of Oakwood Bait and Tackle. “He’d just come by the shop to sit and visit or play cards sometimes. He was just happy being with the guys. He wasn’t Phil Niekro the baseball legend; he was just another fisherman.”

Greeson said Niekro would light up the room when he came in. “He loved to tell jokes and he always had a big smile on his face. Usually, he was here around 6:30 in the morning, grab his coffee and he would stay maybe 20 minutes, or even an hour or so.”

Greeson wasn’t even born when Niekro retired at age 48 in 1987. “I remember my grandmother talking about him playing baseball,” he said. “He was one of her favorite players. And even as famous as he was, he was just Phil.” 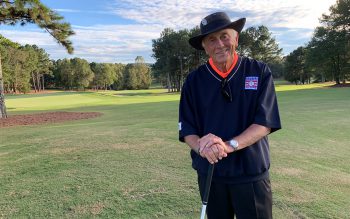 Phil Niekro before his golf tournament in 2019

His personable style carried over into community work. He was the celebrity face of the Edmondson Telford Child Advocacy Center.

“Phil was involved with us from the beginning,” said Jane Carpenter, who heads up the committee that hosts the Phil Niekro Golf Tournament, which was founded in 1997. “Lydia Sartain was on our board and asked him to help with our golf tournament. He agreed, and from that time on, it was the Phil Niekro Golf Tournament. He helped us organize it and worked on all aspects. Last year was the 24th annual tournament.”

But Niekro’s involvement went way beyond the golf tournament.

“He did a video for us, was a celebrity server at our Mellow Mushroom event every year, and always helped with our Giving Tree at the holidays,” Carpenter said. “I remember how proud he was when we came up with signs in the shape of children with a name and age that we put up at events. He loved those because he knew that each one represented a real child who deserved to have an advocate.”

Carpenter explained that Niekro’s birthday was on April Fool’s Day. “I guess that explains why he was always happy, joking and pulling pranks,”

“I can’t even begin to say how much he will be missed by so many of us. He touched so many lives. He often told us at the center that he loved us, and we loved him. We have had such an outpouring from people all over the world,” she said. “One man wrote that he had met him on a plane and was so genuine and he wanted to honor him with a donation.”

Phil Niekro died in his sleep on December 26, after a battle with cancer. He was 81.

The family asked that donations be made to the Edmonson-Telford Child Advocacy Center, 603 Washington Street SW, Gainesville, GA 30501, www.etcac.org or 770 54-5151. 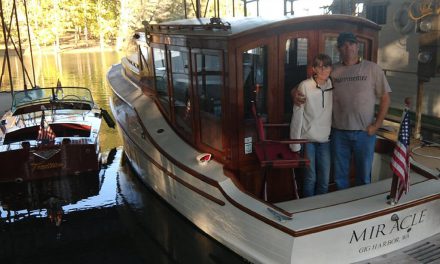 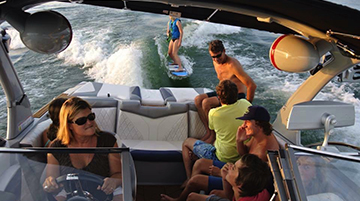 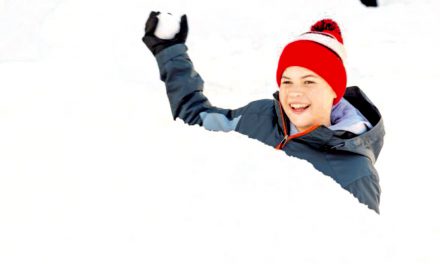 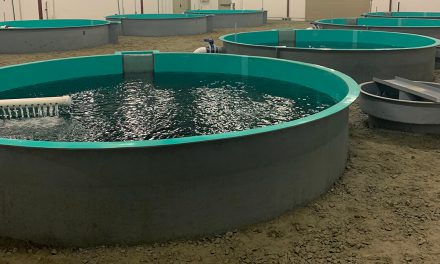