Fundraising for the next phase of upgrades at Lake Lanier Olympic Park kicked off this year with high expectations for the park’s continued evolution. The pricey 25th anniversary gala, with sponsorships advertised between $750 and $15,000 and individual tickets at $100, is part of the effort to raise $1.5 million. LLOP officials plan to add a new courtesy dock, sidewalks and an all-weather covering for the outdoor entertainment venue in phase 1.

Additionally, a proposal for demolition of the original 1996 Olympic boathouse is on the table with a plan to build a new facility within five years. The boathouse rebuild plans have been presented to the Gainesville city council, which would finance the project through its hotel/motel tax. Gainesville Tourism Director Robyn Lynch, who submitted the plan to the council, said the proposal would be advertised to contractors by the end of July. The total construction cost will be determined after a contractor is chosen. Groundbreaking was set for this fall.

New restrooms near the beach across Clarks Bridge from the Olympic finish tower are expected to be complete in September. “It’s been a long time coming,” Lynch said. The restrooms will replace portable toilets and a former eyesore in the beach/boathouse parking lot. Lynch indicated the delay came because of the lengthy process to obtain Army Corps of Engineers approval of the Lanier Olympic Foundation’s master plan.

About two years ago the organization submitted a site improvement plan required by the Corps. The Corps had advised the foundation to include everything it could dream of for the next decade for the 35.5-acre park. The approved master plan diagram shows a picnic pavilion and patio on the boathouse side, new race control facilities and a safety dock, a boardwalk, walking trails, re-paved driveways and parking lots, plus potential acquisition and development of property abutting the Olympic plaza.

Lynch and Mimi Collins, Lanier Olympic Foundation chair since 2014, outlined the three projects targeted in the foundation’s current fundraising campaign. A third courtesy dock would provide more on-the-water access.  Last spring the foundation secured a second dock, donated by a neighborhood that was building a new one. Currently about 24 boats, depending on size, can moor up.

A  walking trail along the lake, passing under Clarks Bridge, would connect the park’s tower and boathouse sides. The 8-feet wide paved trail with a guardrail would be the second off-street connector between the two sides, the other being the pedestrian tunnel constructed under Clarks Bridge Road several years ago.

A covered pavilion, also referred to as a sunshade, is eyed for the top of the Olympic plaza. The structure, with drop down sides, would provide protection from the weather, allowing more year-round events.

“We’re real excited about all that,” Lynch said, adding she has been meeting with potential donors. The projects continue the culture expansion that has taken the park from more than a paddling and rowing venue to a favorite community gathering place and transformed it into Gainesville’s top tourism revenue producer. Plans for LLOP aim to “continue providing a space for the public to recreate and gather safely and comfortably,” according to Lynch’s presentation to the Gainesville council. “(LLOP) seems much more like a place for everybody,” Collins said. “It’s an amazing asset.” 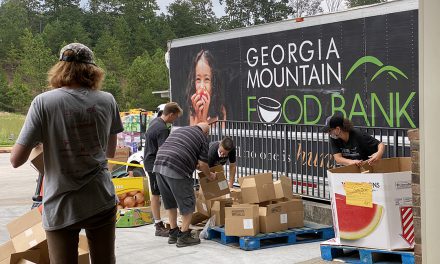 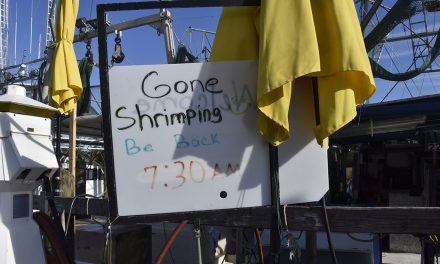 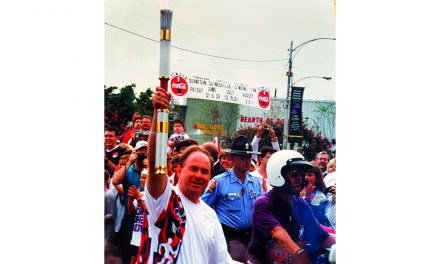 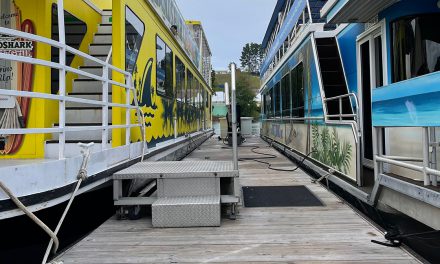